Contact the company
Website
Share
To offer valuable porcelain creations to the demanding modern public. This is the mission of Lladrò, a Spanish company based in Valencia, engaged in the design, production and distribution of porcelain works. From knick-knacks to room perfumers, jewellery and interior lamps, the company is an international reference point in a sector that demands from its players a double soul, well turned to the future but aware of its past. It is in this apparent contradiction, made up of ancient techniques and attention to foreign markets, that the Spanish company finds its full affirmation. Lladró's porcelain creations are the result of a complex creative process rooted in the origin of the Spanish company. Each sculpture, home decoration or jewel proposed is the result of careful craftsmanship that takes place in the only place of the activity, in Valencia. At the basis of every creation there is the author's idea, his vision. It is only with the help of artists and designers, however, that the ancient practices of porcelain working achieve the desired quality. After shaping each individual piece by hand, assembling the small parts into a harmonious whole, Lladró's production process includes its most iconic phase, firing in a furnace at 1300°C. The procedure reduces the mass of the creation involved by 15%, but gives it greater resistance. Finally, the decoration is done by hand, with the required motifs and ornaments.

The Lladró product catalogue is particularly varied. The design creations range from ornate ornaments rich in detail, such as The Family Portrait, to stylized sculptures of animals, as in the case of Panther. There are, however, elegant furnishing elements such as the Parrot Vanity mirror, or the Naturofantastic porcelain vase. Great attention is given to interior lighting, with creations capable of varying stylistic registers, shapes and materials. Sparrow Yellow, for example, combines the elegant appearance of a porcelain vase with that of a table lamp. The modernity of the dry lines of Mademoiselle Béatrice, a pendant lamp that uses low consumption LEDs, is surprising. Lladró's extensive catalogue includes products such as Opuntia Cactus, which combines the beauty of porcelain with the usefulness of environmental perfumers. The company also produces candle holders and candles that look suspended in time.
There are several designers and sculptors who have linked their names to Lladró over the years. Bodo Sperlein, for example, created the ceiling lamps of the Niagara line for the Spanish company. Jamie Hayón, renowned on the international scene for his original furnishing accessories, has collaborated with Lladró creating small sculptures of the series The Guest. Friends with you, a creative project conceived by Samuel Borkson & Arturo Sandoval III, has linked its name to that of the Spanish company creating Christmas ornaments in porcelain and ceramics. The London-based studio Committee, on the other hand, has collaborated with Lladró on the production of the Love range of ceramic knick-knacks and the Re-cyclos line of animal sculptures.

The passion for porcelain at the turn of the millennia

The story of Lladró began in 1953 in a small house in the village of Almássera, just outside Valencia. It was in this context that the brothers Juan, José and Vicente Lladró began to create porcelain objects inspired by the great European manufacturers. The company, although in its early days, began to make its own the traits that will accompany it throughout the twentieth century and the beginning of the new millennium: creativity, style and technical excellence. Lladró's growth continues in the 60s and 70s, with the continuous search for a style that differentiates the company's creations from the rest of the market. The products of the activity become more and more complex, full of details, able to communicate messages and express emotions. The first limited series and the valuable stoneware processing are born. The 1980s and 1990s marked the definitive international recognition. In 1986 the company lands in Japan and China, while 1988 is the year of the opening of the first gallery in New York, in the suggestive scenery of Fifth Avenue, in Manhattan. The beginning of the new millennium does not catch Lladró unprepared, which reinvents its range of creations thanks to its opaque porcelain sculptures. The continuous renovation work was recognised in 2002 with the Príncipe Felipe Award, an award given for the company's internationalisation efforts. The opening of two boutiques in Moscow, in 2006 and 2009, finally certifies the international ambitions of a company capable of combining past and present. ... More ... less

Light and Porcelain: Novelties by Lladró

Light and Porcelain: Novelties by Lladró

The stand designed by Pierre Favresse inspired by art galleries 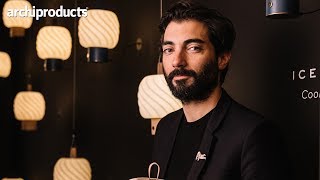 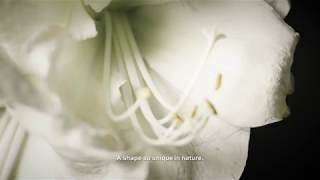 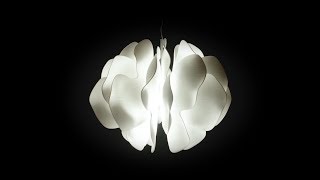 {{item.City}} / {{item.Country}}
{{item.Tags.length}}
Products tagged
Subscribe to our newsletter!
Follow us on
© 2020 Archiproducts.com - P.IVA IT05611580720 - ROC 21492 | REA BA 429007
Privacy Cookies Terms and Conditions of Use RSS News RSS Products Site Map
This website uses technical, analytical and third-party cookies, in order to send you advertisements in line with your preferences. For further information about cookies read our Terms of Use. By closing this message, scrolling this page or clicking on any of its elements you are giving your consent to the use of cookies for the purpose described above.
caoponrn免费公开视频